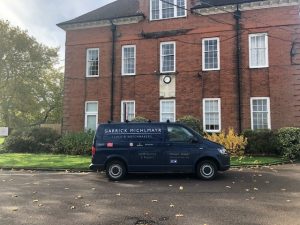 Based in Norwich, Michlmayr are expert horologists who use their skills to work on a range of timepieces from watches to large tower clocks. Norwich is home to many landmarks and for those interested in horology, it is truly a spectacle. Featuring many striking timepieces, Michlmayr has been a vital part in making sure that these clocks keep ticking over and in readable condition for those who rely on them. Here we have listed a couple of our favourite projects we’ve worked on so far.

Starting with the Norwich Union clock, the Aviva Arts Department called Michlmayr out for mechanical repairs. Having once carried out the repairs to this grand timepiece over 20 years ago, they were more than happy to take on the honour once again. As a staple clock in our fine city, locals were worried about the removal of the clock, therefore upon removal, Simon Michlmayr reassured many passing locals that the clock would be well looked after and restored to its former glory as soon as possible. One man in particular with an emotional attachment to the clock approached Simon, he revealed that on his first day working at the Norwich Union in 1950, he stood under the clock on his break. He had fond memories of this clock so he was sad to see it go, but his worry was eased once Simon had explained to him that the clock was being taken away to be restored and would be back in place soon. 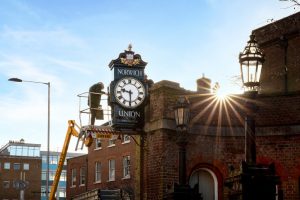 Upon inspection it was clear that the Norwich Union clock was in need of some TLC, it had been subject to years of exposure to the elements as well as pollution and the build-up of dust. The clock had to be repainted entirely due to extensive corrosion, this new paintwork should keep the clock protected from corrosion for a few decades. Other restoration work included replacing the gold leaf decorations, repairing the enamel shields, and replacing the rusted internal parts with new pieces Michlmayr manufactured themselves. The restoration and repairs only took three months in total and the Norwich Union clock can be seen glistening outside the Norwich bus station. 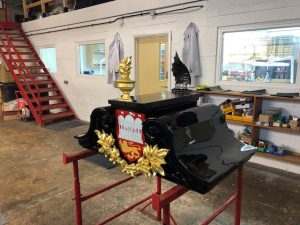 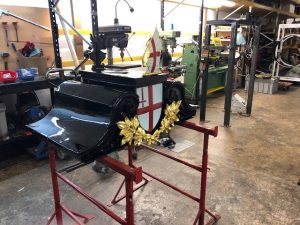 Next, the Norwich City Hall clock. This historic landmark and its remarkable four faces have towered over many generations, due to natural weather corrosion and discoloration over the years, it was in need of repair and care.

Working from scaffolding, which had already been erected as brickwork maintenance was also being carried out, we carefully removed the 4 sets of hands. Once back in our workshop the hands were re-gold leafed, then over a period of approximately one week we also re-gold leafed the hour batons and the 4 corner finials which are fixed directly onto the brickwork of the tower. Once this was finished, the hands were refitted and set to 12 o’clock. After the scaffolding had been removed, the clock was set running.

As a local company employing local staff it was a great pleasure (with a great view) to work on the City Hall clock. 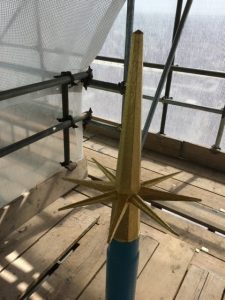 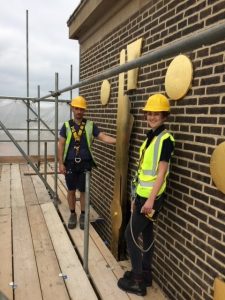 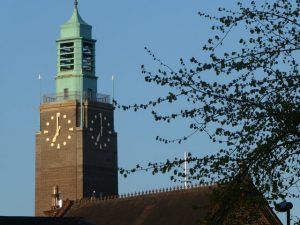 All in all, Michlmayr have had the pleasure of working on and restoring some of Norwich’s most recognisable sights. However, these are only a few of the projects we’ve been a part of to help keep Norwich ticking over. Others include the Norwich Train Station, Norwich Guildhall, the Pavillion, the Great Hospital and the Gurney Clock. We’re also skilled in restoring premium watches, if you have a clock or watch in need of a repair, get in touch with the Michlmayr team on (0)1603 403 687 or email [email protected]