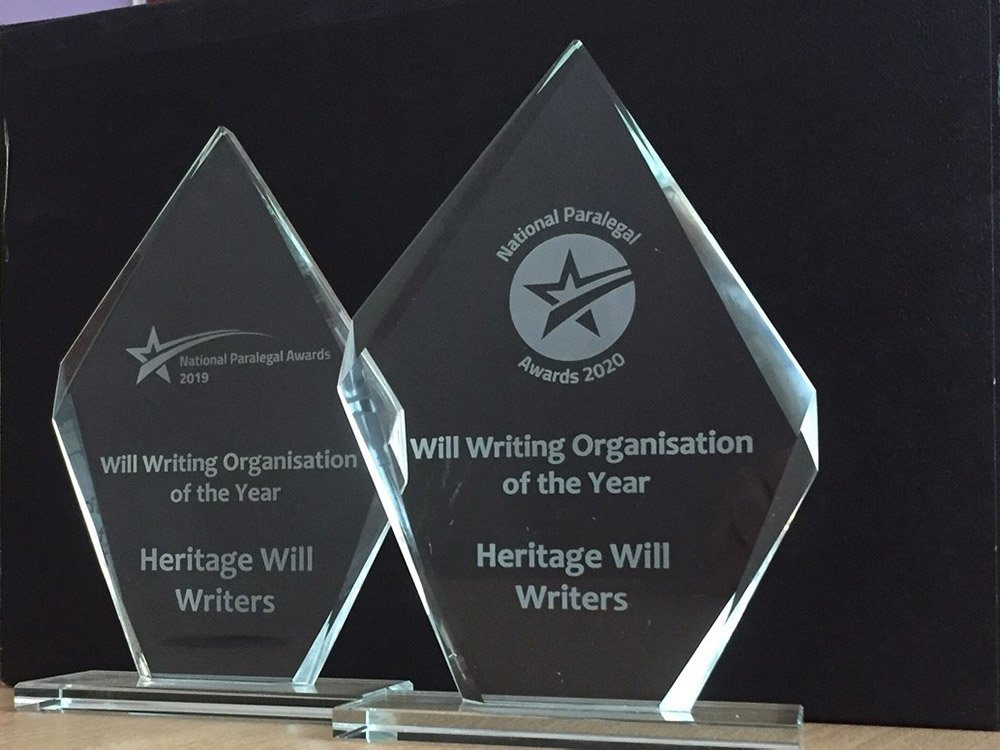 It was a two- time Awards success recently for Norwich-based Heritage Wills at the annual National Paralegal Awards. Fighting off competition from four other national Will Writers, Heritage Wills won the Will Writing Organisation of the Year Award for a second year running.

Heritage Wills Managing Director, Stuart Burrell said “It’s real honour to have received national recognition for a second year running. I took over the company as MD at the start of the year and the awards fell on my 40th  birthday weekend, so it has been a very special few days.”

“This year’s National Paralegal Awards Event was held virtually (for obvious reasons) but this in no way diminished the sense of pride and excitement that we felt when our name was announced.”

This is not the first time that Heritage Will Writers has been recognised for their achievements in the Will writing industry. In the last two years they were awarded the Regional Will Writing Firm of the Year at the British Wills and Probate Awards and were Highly Recommended in the Community Involvement category.  They were also finalists in last year’s Hunts Post Business Awards in the Medium Business of the Year category.

Stuart continued “Obviously, this year has been challenging for everyone and I’m delighted the Heritage Wills team have responded to the changes which the pandemic has forced on our business. It also gave us an opportunity to reflect on the work we’re doing and what Heritage means to us. We aim to make the process of creating a Will and future planning as
clear and simple so are updating our branding to reflect this.”

“Historically, our business model was built on home visits to clients, but it quickly became clear that this was not an option under the social distancing guidelines. However, we have embraced the technology and through offering online and telephone appointments, we are able to continue giving our clients the personal advice and guidance they expect from us.” continued Stuart.

Established in 2002, Heritage Wills are East Anglia and the South East’s leading dedicated Will writing service, serving tens of thousands of clients across the country. In addition to writing Wills, the team offer a full probate service, a Client Care Package which includes secure document storage and can help with trust enquiries, Lasting Powers of Attorney and property ownership changes.